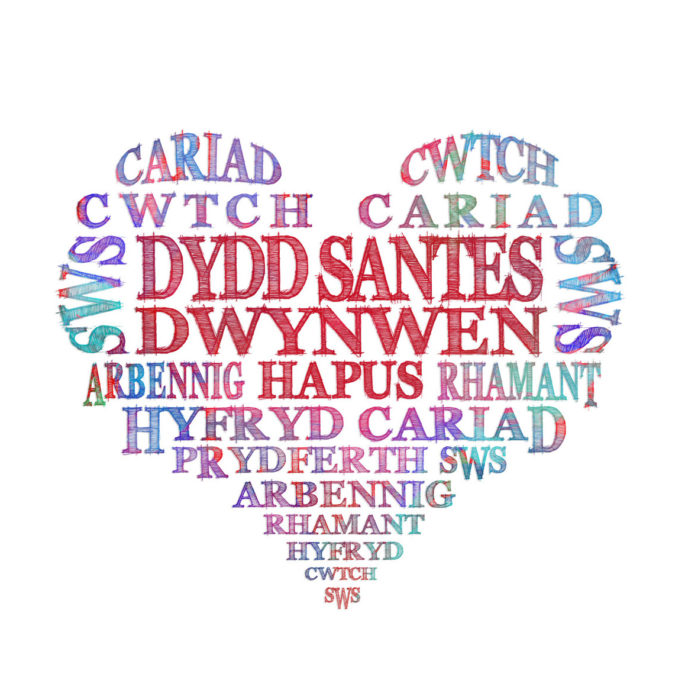 Posted by Boutique Tours of Wales on January 25, 2022 | Featured

Each year on the 25th January the Welsh celebrate St Dwynwen’s Day.

St. Dwynwen is the Welsh patron saint of lovers.  The day is celebrated in Wales like Valentines Day and yes, we are a very romantic country because we also celebrate St Valentine’s day on 14 February.

THE LEGEND OF ST. DWYNWEN

The story of Dwynwen dates back to the 5th century, when Dwynwen fell in love with a Prince called Maelon Dafodrill. Her father, King Brychan Brycheiniog, was determined that she would marry another man.

Dwynwen was devastated that she couldn’t marry her true love and begged God to make her forget Maelon. An angel visited Dwynwen and gave her a potion. The potion was supposed to make her have no memory of Maelon and turned him into a block of ice.

Dwynwen was then granted three wishes.  Her first wish was for Prince Maelon to be thawed and her second wish was that God meet the hopes and dreams of true lovers, with her third wish being that she would never marry.  She dedicated her life to God and lived as a hermit on the beautiful island of Llanddwyn, founding a convent, which you can still see the visible remains of today.

Dwynwen means “she who leads a blessed life”.

On the island, there is a well where, according to legend, a sacred fish swims. It is said that the fish can predict the happiness of relationships. Visitors still go to the well today, hoping that the water will boil, meaning that love and good luck will follow them.

The island has also got a more recent claim to fame as it’s where the romantic thriller ‘Half Life’  starring Demi Moore was filmed.

You can enjoy a visit to the island during a tour of the Isle of Anglesey with Boutique Tours of Wales.

One of our favourite featured short walks is taking our international visitors to visit Ynys (Island) Llanddwyn, which is just off the coast of the Isle of Anglesey.  Best described as a piece of Welsh Paradise, which on a clear day provides the most stunning coastal views the views across the Straits to Snowdonia and the Llyn Peninsula.

However, the island is tidal which means when the tide is at it’s highest, the island is cut off from the rest of the Isle of Anglesey, so our visit has to be timed to perfection allowing for the tidal flow of the sea to allow us access to Llanddwyn’s sacred isle.